I just got my hands on a copy of The Vegan Sourcebook. It certainly earns its nickname of “The Vegan Bible” – it has a wealth of valuable information, recommendations, and history, and more than a few judgements from on high.

While presenting a vast range of reasons to be vegan, it also repeated how ethics is the strongest motivation and health the weakest, including a very memorable quote from Catherine Nimmo:


If we become vegans because we understand animals and feel great compassion for their sufferings, it is the easiest thing, and proves to be of the greatest benefit for ourselves too; but if we become vegans for health reasons, it seems full of worries based on fear, ignorance, and above all egocentric thinking.

...Read the rest as my guest blog on Josh Latham's My Vegan Cookbook. Trust me, it's worth clicking just to see the cool graphic his twin designed for this post.
Posted by @miniMum at 3:07 PM No comments:

Oh dear. Another high-profile vegan goes public with her vegan failure.  Alex Jamieson is most famous as Morgan Spurlock's vegan girlfriend and inspiration in the iconic movie, Supersize Me.

I've heard plenty of much less famous people talk about craving animal food "after a while of not having any." But in 17 years without animal foods, I've never had these cravings. When I'm not near animal food, I don't even think about it.

When a smoker craves nicotine, it's a dangerous addiction. When an alcoholic craves just one drink, we recommend medication and support. When someone craves a sugar hit, we don't applaud their instincts and buy them chocolate.

But a craving for animal products is the body asking for what it naturally needs? Let's think again.

I have not yet reached vegan nirvana - I'm not disgusted by all animal products. I still enjoy the smell of cooking meat, eggs, or cheese. However, I have no drive to eat them, perhaps because I am already fully satisfied - not only with my awareness of cruel the animal industry is, but also all the evidence on how unhealthy animal products are for my body.

Even when I was clinically vitamin-B12-deficient and had a series of injections as treatment, I did not feel any craving for animal products with their B12 (and cholesterol, saturated fat, etc). Where were my body's "natural cravings" then? 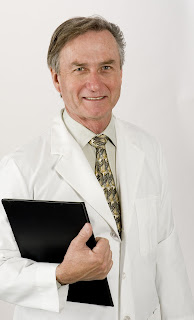 Alex described her long struggles against her cravings. (Hint 1: if you're craving your friends' meat burgers, it might be time to eat with different friends.) But her weapons were apparently green juices and nuts, for extra nutrition. Here's 30BananasADay's reaction to her story.

For any diet change to work, you must be nourished and satisfied. I stopped eating animals on the recommendations of Dr John McDougall, who supports a very low fat but satisfying starch-based diet with sound medical references and overwhelming clinical success.

The only limitations on starches are if you are trying to lose a lot of weight fast (which clearly, Alex did not need). Could this starch satisfaction be the reason I've never craved animals?

Veganism vs Your Health?

Most people won't stay vegan if they feel bad and only get worse. Of course not.

Alex believed she was an ethical vegan, but she changed because she felt bad and couldn't find the solution. She is not the first. Others complain of unwanted weight gain after going vegan.

Here's a true vegan health crisis story to admire. This woman was not just enduring a few cravings on her high-raw vegan diet, and she persisted until she found a vegan solution. 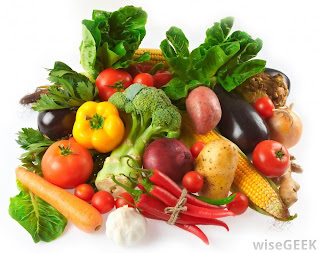 Given these stories, shouldn't vegans pay more attention to good health as a major and necessary support for the vegan cause? Instead, we hear that it's a nice benefit if it happens, but not the real reason to be vegan. Or worse, that health considerations hinder the vegan cause and damage vegan outreach.

If "veganism is not about health" because of its origins, isn't it time to accept that the vegan health horse has long since bolted and is not going to return quietly to the stable no matter how much we shout? We have to deal.

Let's promote sound vegan health information, instead of just distancing ourselves from the bad...even if only so that ethical vegans don't suffer health crises in public. It's not a good look.

I don't have all the answers, and I'm certainly not perfect. But I am still vegan.