Holiday togetherness tips - with a difference

It's the time of year for families to get together - like it or not.

Usually I hang around with a bunch of people who share my interests and values. It's comfy.

Family holiday gatherings are a lot more random, with folks from all backgrounds, generations, and views. And this lasts for hours. Or days.

Even two-party political differences can be explosive. As an activist with an armload of causes, I'm an accident waiting to happen. What to do?

Somebody is going to say something. Or do something. Whether it's Uncle Joe's (or Aunt Mary's) casually sexist comments, or the hilarious jokes aimed at the vegans over the dead animals, or the weird way you're raising your kids, or the shock and disgust when someone finds out you're still breastfeeding that big girl...

And most somebodies will be drinking.

If you have any buttons, assume they are going to get pushed. So plan for it. What are you gonna do?

Tempting, isn't it? Maybe if you get all your ammunition ready and turn the place into Ground Zero, nobody will bother you for the rest of the holidays in case they set you off again. Curl up with the vegan chocolate (that you bought) and your new book.

I don't really recommend this, as it will probably scare the kids. But most families will have survived bigger holiday dramas and you had to watch, so...?

This isn't wimping out. It's the real life equivalent of "Don't feed the trolls."

Noncommittal grunts and pleasant smiles are a winning strategy that will bring Peace on Earth...and frustration where it will do the most good.

Don't expect to convert anyone in the silly season. Nobody's going to listen to the necessary lengthy background info - you'll be wasting breath you could be using to sing carols or something. If you trip and fall into a deep discussion, save your strength with this:


These are complex issues. I've done a lot of reading on this over the years - I'll send some stuff to you and we can talk about it later.

They may or may not read anything you send, but you're off the hook either way. You'll still have the energy to go back for that last bit of cranberry sauce before someone else does. 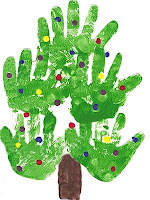 5. Hang around with the kids

Christmas magic is all about the kids anyway, right? They know how to have fun.

And you might get some ideas into their developing minds while their parents are away at the eggnog.

How do you plan for a Happy Holiday?